Today’s spiking inflation, rising interest rates, and billion-dollar investment frauds are good reminders that a clear understanding of the past helps us better anticipate the future. Indeed, it can provide a reliable foundation on which we can develop portfolio-allocation decisions.

That’s why we need to have a firm grasp on different equity markets’ past relative and absolute performance. After all, what drives the market cycle if not the relative under- and outperformance of different assets?

With that in mind, the equity market universe is variously categorized by region, country, sector, market capitalization, and style. The well-established geographic segmentation divides the world into frontier, emerging, and developed markets.

What determines a country’s designation? The MSCI Market Classification Framework focuses on three criteria: economic development, size and liquidity, and market accessibility. The latter is a function of three components: openness to foreign ownership, ease of capital inflows and outflows, and the efficiency and stability of the institutional framework.

It hasn’t always been easy or cheap to invest at the regional or country level, but thanks to technological advances and the development of exchange-traded funds (ETFs), retail investors now have much better, if not limitless, access to the various segments of the equity market universe.

So, how have these geographic segments performed relative to one another in recent market cycles?

Introduced on 7 April 2003, the iShares MSCI Emerging Markets ETF (EEM) had a cumulative return of 381% through 31 December 2010. By comparison, the iShares Core S&P 500 ETF (IVV) generated a 66% return over the same sample period.

So, in that particular market cycle, emerging markets did much better than their developed counterparts.

But let’s take the examination one step further and use intermarket analysis to compare the relative performance, or relative strength, of EEM and IVV. This way we can differentiate among distinct trend periods by identifying the major inflection points on their price charts. The relative strength of EEM to IVV over the sample period shows a key pivot in early 2011, as detailed in the following chart.

Emerging markets as a category did better than the S&P 500 until that 2011 inflection point. Since then, the downward slope demonstrates their underperformance.

Frontier markets generated better returns than other geographic segments at various times as well. For example, from 2002 to 2007, the MSCI Frontier Markets Index beat both the MSCI EM and MSCI World Indexes. Some frontier markets may again eclipse both developed and emerging markets.

This kind of intermarket analysis has applications well beyond geographic segments. We can use it to identify similar inflection points relative to the S&P 500 in the energy, technology, and commodities sectors. For example, the Energy Select Sector SPDR Fund (XLE) lagged the S&P 500 for years. But the relationship pivoted in early 2021, and the energy sector proxy has since outpaced the benchmark index.

The technology sector’s relationship with the S&P 500 flipped in the opposite direction. After years of beating the S&P 500, our tech proxy, the Technology Select Sector SPDR Fund (XLK), began to fall behind early in 2022. As for commodities, the S&P GSCI Commodity-Indexed Trust ETF went from lagging to outperforming the S&P 500 in late April 2020.

Analysis like this can inform tactical asset allocation decisions. We can adjust the percentage of the portfolio held in an asset class or across asset classes based on these changing market opportunities.

Of course, we have to understand both the index and the relative performance of its underlying constituents. Country factors, for example, may have more influence on returns than industry factors, while returns in a frontier market country may result more from country-specific than global factors. As such, active investors should examine the individual country characteristics rather than simply allocate to a broad frontier or emerging market index. Single country indexes are becoming more accessible through ETFs, but not all are equally investable. For example, Saudi Arabia’s stock exchange, the Tadawul, operated long before the iShares MSCI Saudi Arabia ETF (KSA) began trading in 2015.

There is a larger lesson to these inflection points (when for whatever reason, the switch is flipped and the dynamic between geographic segments changes): Relationships in the global equity market universe are not static. There will be critical pivots in the future just as there were in the past. One segment or another will have periods of sustained outperformance relative to their peers. That’s why adjusting our allocations to emerging or frontier markets may at times enhance risk-adjusted returns. 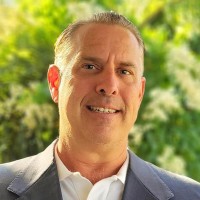 Edward “Ted” Stephenson, CFP, CFA is a full-time professor at George Brown College in Toronto. As a dual-professional, he has served as a consultant to not-for-profit organizations and EdTech companies. Stephenson is a CFA® Institute approved ethics instructor and has been involved in both coaching and judging at ethics and research challenges. He has lived and worked in frontier, emerging, and developed markets and is passionate about accessible financial literacy and investment education.

Building the digital bank: a roadmap to modern infrastructure

Building the digital bank: a roadmap to modern infrastructure

Is the Euro Uninvestable? The FX Question du Jour

Why Interest Rates Don’t Matter As Much as You Think